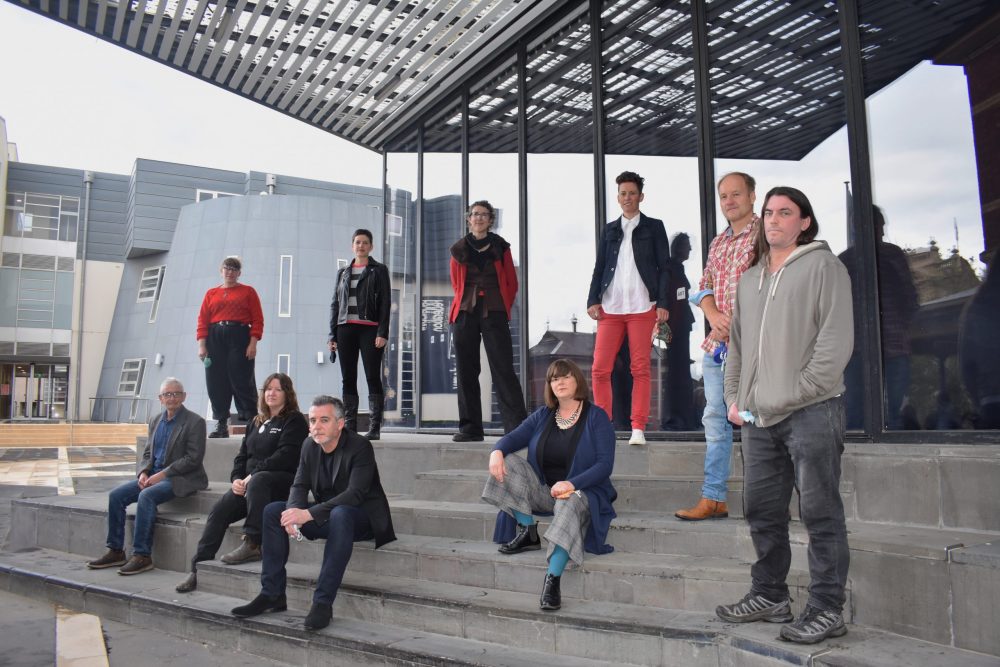 AFTER its inception in 2019, The Continuous Voices Arts Project is one step closer to designing a memorial to commemorate the suffering and survival of those who have impacted by sexual abuse.

In its next stage, a group of Ballarat-based artists have been selected to hold workshops and team up to develop five creative research projects used to inform the eventual design of the memorial.

For anyone affected by sexual abuse, both indirectly or directly, these workshops will provide an opportunity to participate and provide feedback as the teams work towards creating ideas for the permanent memorial space.

Split up into five groups based on their specialities, the artists leading the projects are Paige Duggan, Geoff Hassall and George Williams for song writing and spoken word, Rebecca Russell, Dotan Caspi, Steph O’Hara and Silvana Izzo for drawing and multimedia installation, Robert House, Kaff-eine, Glenn Pearce and James Money for drawing and sculpture, Eliza-Jane Gilchrist for sculpture and Michelle Dunn for photography.

In relation to the musical group, Mr Hassal said that their project will be informed by all of their work both within the artistic sphere and the welfare sector.

“It’s important that we’re not just music people and we’re not just therapy or welfare people either, we can bring both elements to the project,” he said.

“We want to give them the opportunities to tell their stories whether that be through music, song, poetry even music video.

“The main thing is, we want it to be theirs, we’re simply facilitators.”

Prior to the workshops, the artists were trained in trauma informed principles and both the creatives and participants will receive support from the Centre Against Sexual Assault throughout the projects.

Fellow musician and song writer Ms Williams said it’s exciting to be a part of a once off opportunity to capture people’s ideas and stories.

“The plan is to be open to people who come and the creativity that happens with that group,” she said.

“Because of the nature of sexual abuse being a private and hidden away thing, I think it’s really brave to start these conversations and work together towards keeping those conversations going.”

The overall initiative is led by the City of Ballarat in partnership with the Art Gallery of Ballarat, Beyond Empathy, Centre Against Sexual Assault, Care Leavers Australasia Network and Loud Fence.

Creative Ballarat public art coordinator Kate Gerritsen said the issue of sexual abuse is something the community has to to reckon with, not only in the city, but internationally as well.

“It’s definitely time in Ballarat to honour survivors and allow them the space to talk about their experiences,” she said.

“That’s why the project is called Continuous Voices because we are hoping it will encourage people to start talking and keep the conversation alive.

“After this step, we will be seeking further funding to complete the memorial project which may require a number of funders as well as the community fundraising started by Blake Curran which people can contribute to.”

To find out more or to join a project, visit creativeballarat.com.au/continuousvoices, or donate to Blake Curran’s fundraiser via bit.ly/2IAFyG6.