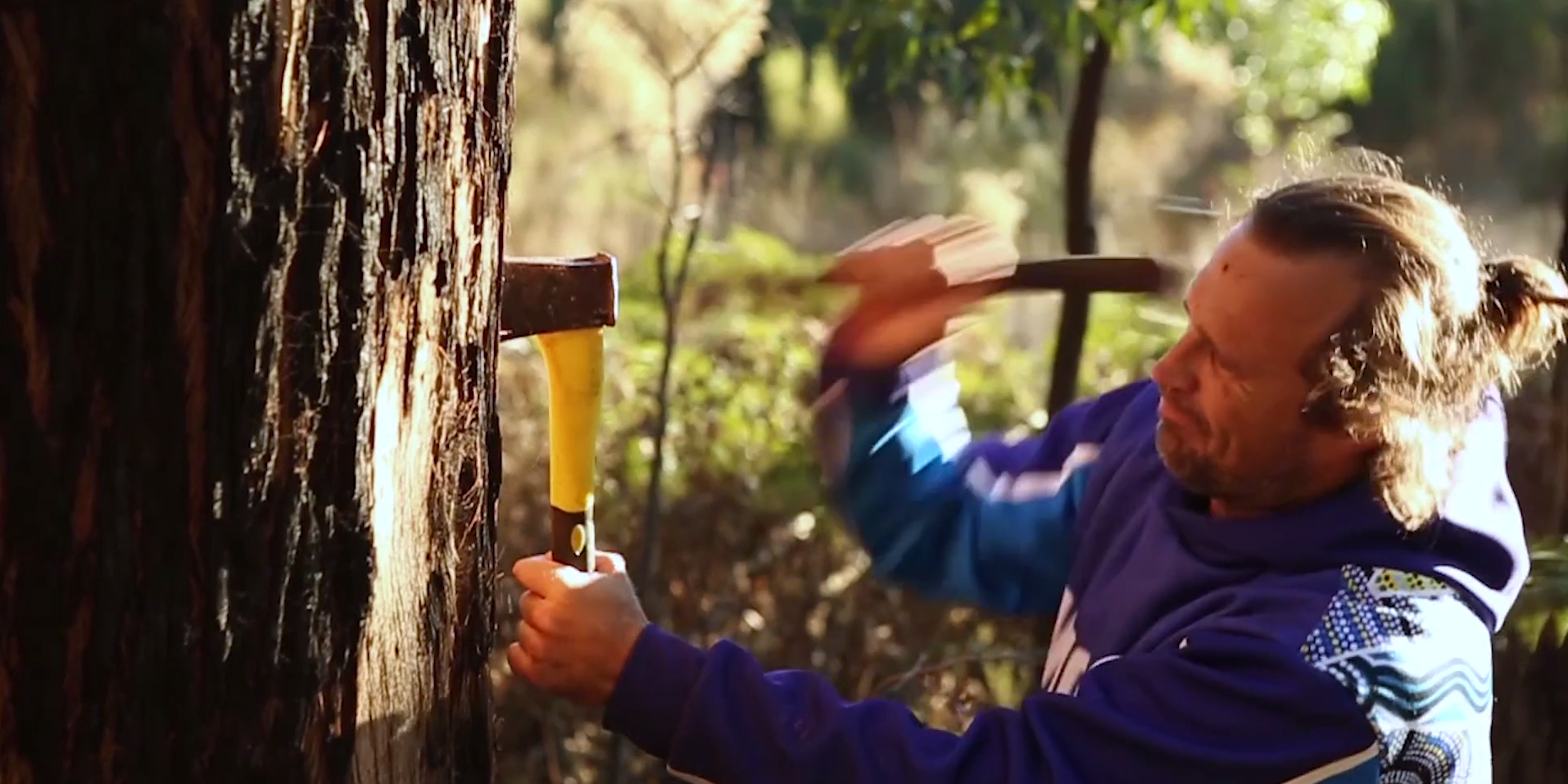 It wasn’t until I was at university doing a degree in Fine art, (majoring in painting) and I took some electives in Aboriginal art and culture that I realised the Australian history I was taught at school was a lie. Shame, anger, devastation and heartbreak were some of the things I felt as I learned the real version of what had happened to our Indigenous people during colonisation (and has continued to happen since). The decimation of life, of culture, of knowledge, of hope.

It is beyond time to rewrite Australian history. To re-learn from the oldest living culture on earth, that has it’s roots buried deep in our soil. In an era where technology is moving at lightening speed, it’s time to celebrate where technology began and honour and learn from the ingenuity with which it was created.

This story was filmed during Reconciliation week, over one day in the Ballarat area as I followed Luke Russell, a Worimi man from the Newcastle area, who had come down to help Ballarat people re-establish this knowledge.

Under the banner of “Rethinking the Australian legend” the Wadawarrung, Worimi, Djab Warrung and others joined together to build one of the most significant forms of transport in Australian history – the stringy-bark canoe. This is the first time a stringy-bark canoe had been made in Ballarat in 150 years.

This film and the canoe will go on to form education programs for community, schools and Federation University Australia. I hope you’ll take the time to watch. There is so much incredible knowledge in this film, I really spent the whole time in awe as I was filming and editing.

And as Uncle Bryon says “It’s great to have technology, but don’t get so immersed in it that it takes over your life. To me, that’s a means to an end. The environment is more important. If the environment stuffs up, we’re all stuffed and there’ll be no need for technology. So you’ve got to have a balance.”

Huge thanks to Sofia at the Ballarat Tech School, Brigid at Salt Bush Kitchen, Luke Russell, Uncle Bryon Powell, Dr Fred Cahir and everyone involved in this project for trusting me to help tell this story.