2015 Highlights – Photography and video that made my heart sing! 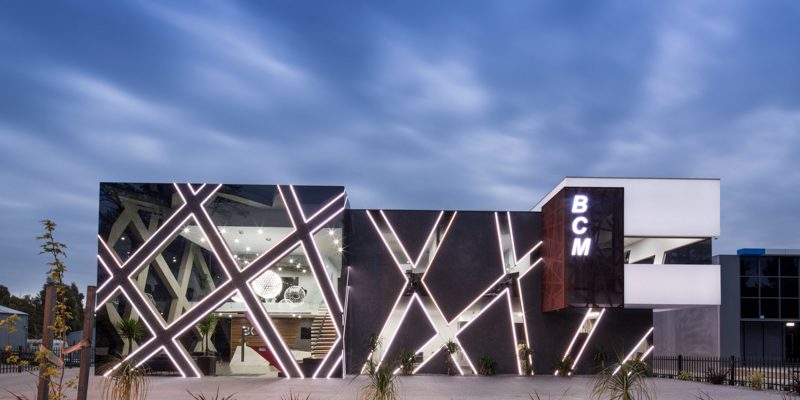 Every year I get to work with amazing people, businesses & organisations that are doing awesome things. For me it really doesn’t matter whether it’s world famous or only known in the tiniest corner of this planet, it’s about meeting people, challenging myself creatively and coming up with something that makes people happy.

Having shot well over 100 shoots (both photography & video) in 2015, here’s just a few of those moments:

P.S. This doesn’t include any of the gorgeous love filled weddings I was lucky enough to photograph in 2015… Perhaps I need to do another blog post for those! 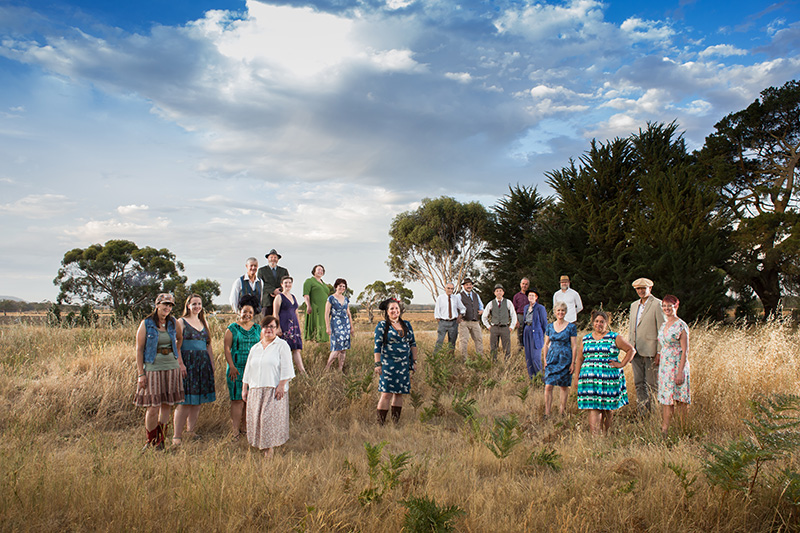 This was a shoot for the Sweet Mona’s Choir in Ballarat. They needed new promo images for the Brunswick Music Festival in Melbourne & wanted to do something that was more exciting than the standard “Choir” photo, of everyone dressed in black & singing on a stage. So we went out to Lal Lal & this is just one of the shots they ended up going with, but my fave from the session. We also did a few shots on the train line, which ended with a freight train careening towards us & me running faster than I’ve ever run down the tracks to clear all my lights & gear off before it came past! 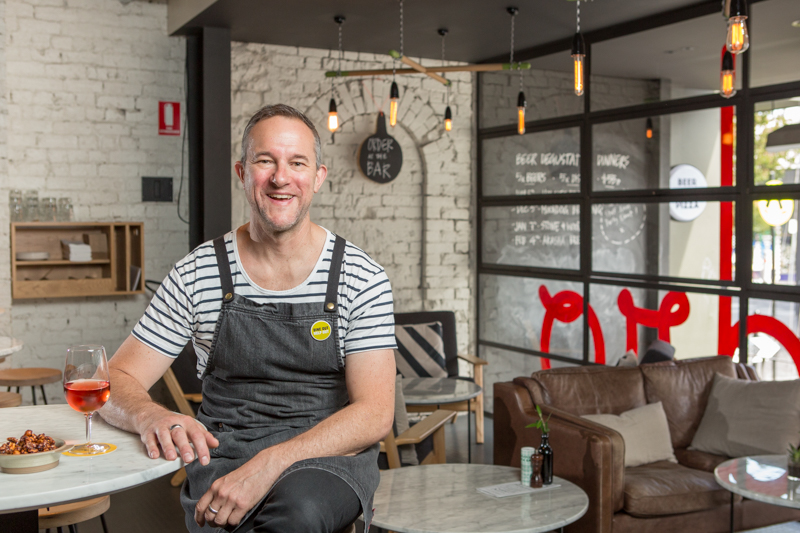 The Windsor branch of Bendigo Bank wanted to create a campaign for local traders and I was commissioned to visit a few thriving businesses around the area & photograph the owners for the banks branch windows. This shot was from the Bar & restaurant Ladro, but I also photographed the managers of Hoo Haa Bar and the owners of Excite Print. It’s great fun being able to walk into a business, chat with the owners & come up with something on the spot that is going to make the people & the place look as great as it is. 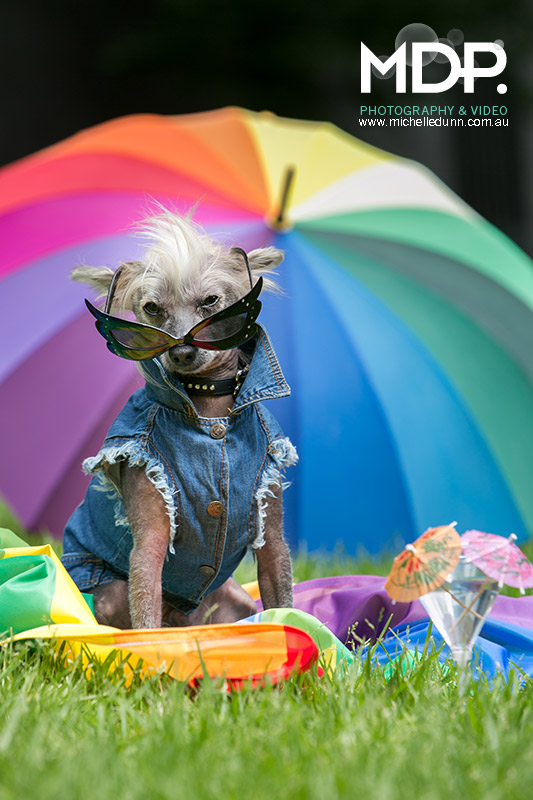 Quite possibly my favourite shoot of 2015! This is the second year in a row I’ve photographed the cover of the Daylesford Chillout Festival. Their theme this year (2016) was Denim & Diamonds, so after being inspired by a dog that friends of mine own called Blanche, who often gets around rocking a really cool denim jacket from PetHaus, I found Colin the rescue dog & he has become the star of the 2016 Chillout festival. It was incredible how this shoot came together & I can’t thank the team at Chillout enough for trusting this nutty idea and also Anneli (Colin’s mum), Pethaus and Blanche’s parents for helping me make this happen in record time.

This promo video created for the Civic Hall site was a really important way for the Civic hall architects to create a piece to show how much progress has been made on this site. Going from possibly the most contentious site in Ballarat, that has divided the community & council, to a process that has united the community & brought about positivity and excitement has been no small feat. I really loved the architects drawings, so they became an animated feature of this clip. 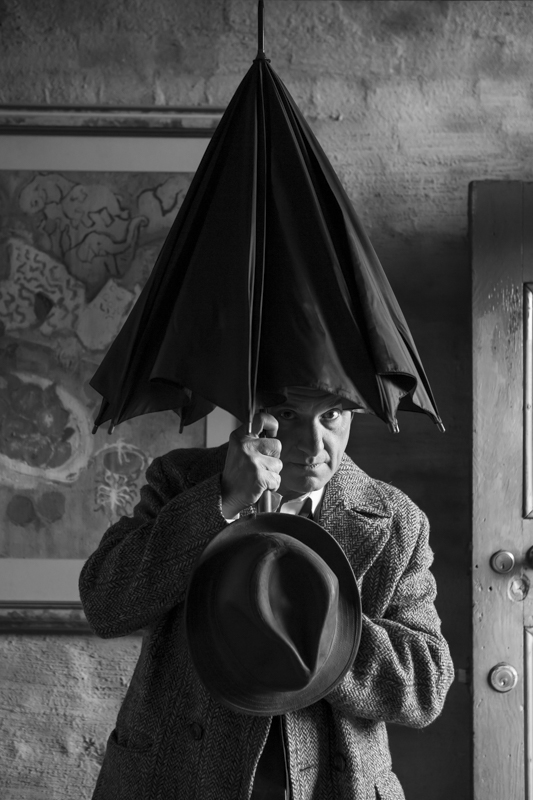 I’ve photographed Joe Dolce before, for the Creative Couples project book that had me photographing amazing creative folk all over the east coast of Australia in 2014. This time around we were creating a portrait to promote him as an artist today and also enter into the National Photographic Portrait Prize. Joe & I have a really lovely chemistry, which I think comes from the fact that we’re both really playful & cheeky, so we had lots of fun with this shoot again. If you’re trying to remember how you know this name, think back to the early 80’s when Shuddap Ya Face went gangbusters all around the world. 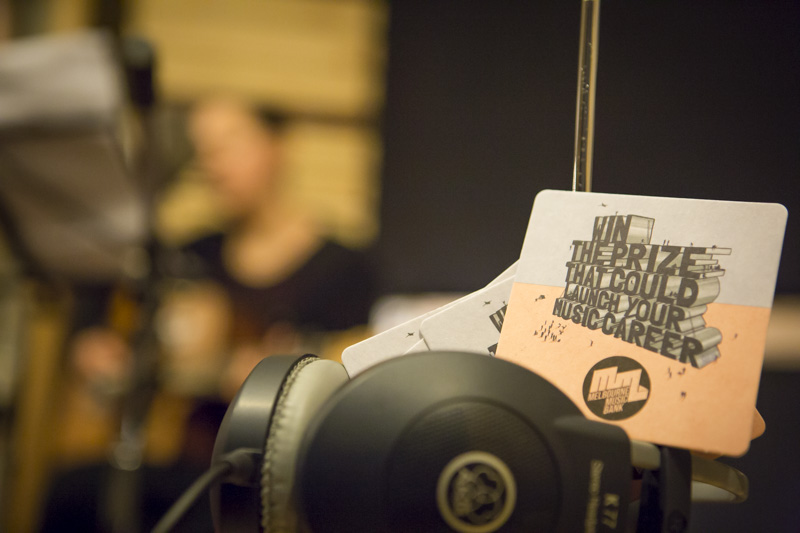 Another bank, this time Bank of Melbourne, contacted me to document the experiences of some regional Victorian bands who had won the chance to record their music as part of the Melbourne Music Bank initiative. Pretty incredible to find a bank promoting & supporting creativity in this way and I had a really great time photographing at Bantam Studios. This is the shot that ended up all over social media to promote the campaign. 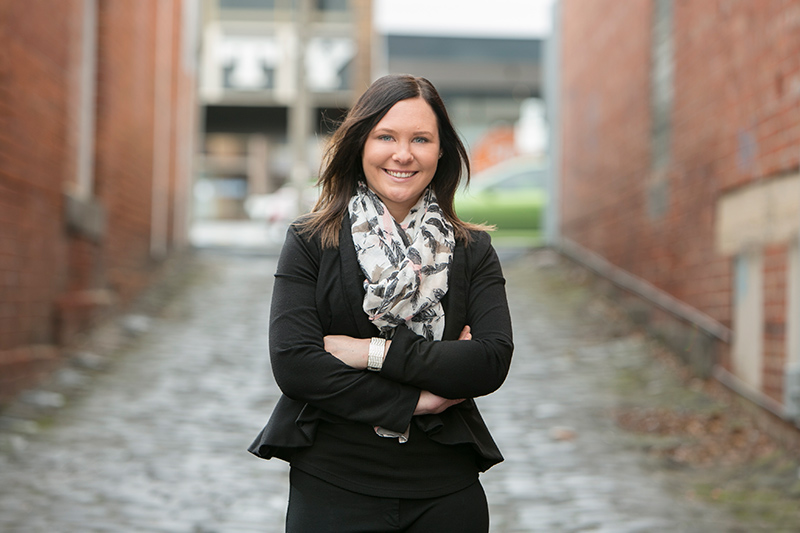 I created LOADS of corporate portraits in 2015 in both Melbourne & Ballarat. These ones were for the employment organisation People at Work, who wanted staff headshots that reflected their warmth & the fact that they are actively out in the community helping place people in employment. I immediately had the idea of shooting them in a cobble stoned laneway in Ballarat and it just happened that the particular lane I was thinking of was basically next door to the People at Work offices. I love it when things just work. 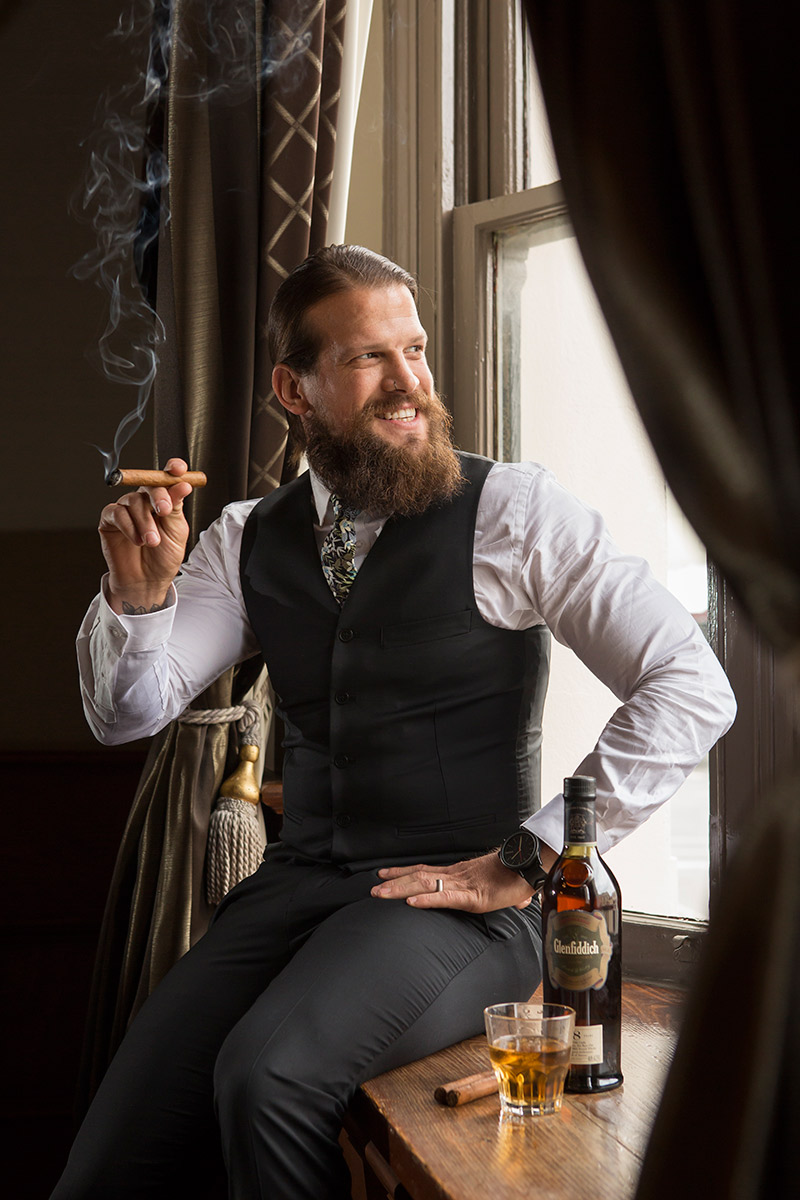 I often find so many of the images in magazines are directed to and for the bride. When I was photographing for the 2015 Absolute Weddings magazine (Check out the 6 page spread of my work in the magazine, plus two of my weddings featured!) I wanted to make sure there was something cool in their for the boys. Our “groom” was totally up for a cheeky cigar & spot of whiskey for this shot at The Gables at the Miners Tavern in Ballarat. 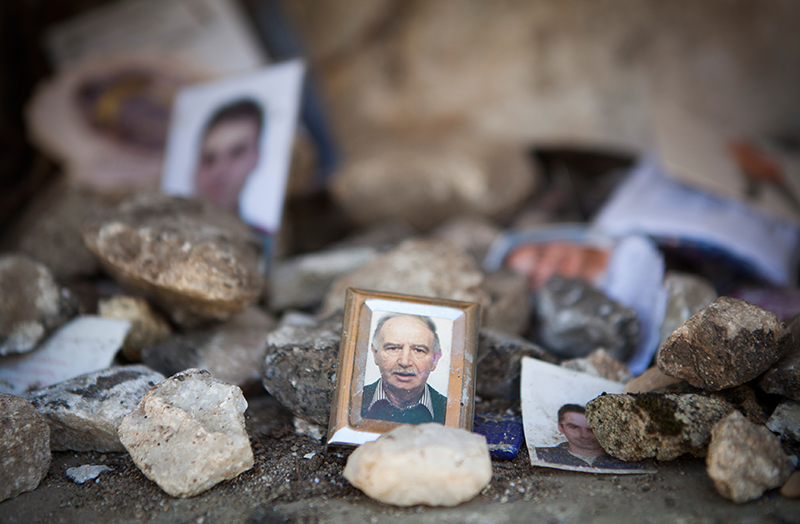 Somehow I managed to fit in a trip to Spain in 2015, which has been a long time coming for me. My wife & I went for 2 weeks in order to create an exhibition for the Ballarat International Foto Biennale. We walked the last 110km of the Camino de Santiago in Galicia and along the way I documented the stories of people we met. It was a truly incredible trip, which also allowed me to reunite with two old Spanish friends I had when I lived in Edinburgh in 2003, which is really where my photographic career began.

24 Experience Ballarat from MichelleDunnPhotography on Vimeo.

Well, the 24 Hour Experience Arts Festival became a HUGE part of 2015 for me. I was initially commissioned to create two shows for the Festival on the topic of Death, which involved interviewing local Ballarat community members & working in collaboration with the Bereavement Network to produce the shows. As it came closer to the time to promote the event, I was commissioned by the festival director to create the promo images for the festival guide and website for all the shows. Being a festival that was about having 24 shows in 24hours, that meant I had 24 separate promo images to create. MASSIVE!! So I went about brainstorming ideas for each artists show, and it all went off without a hitch. You can check out the images on the website. Then, to top it off, I was commissioned to create a promo video for the festival to get people excited about the festival & about what Ballarat had to offer. This was it & it was a total blast to create. Ballarat has SO much to offer.