You are here:
Commercial PhotographyCreatives 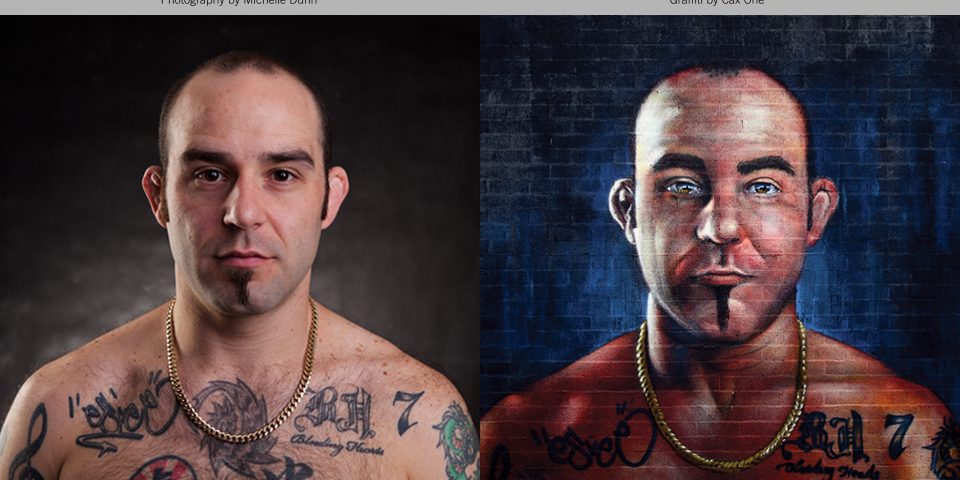 I have huge respect for these two Ballarat creative souls. I created a short doco with Cax last year that ended up screening on ABC television at the start of 2014 & it was great to be working with him again, this time on one of his projects.

Local Hip Hop artist Esvee has a new album coming out on June 23 2014 called “Best Kept Secret”. So Cax asked me to shoot a portrait of Esvee in the studio in Ballarat so that he could use it as a study for this graffiti portrait that will become the front cover of the album. Make sense?

The inspiration for it all came from a line in one of Esvee’s new songs – “I use slashes of red, and shadows of blue, This ones not for the gallery, I did this for you…”

See above for how it all translated… I’ll add a shot of the album cover when I see it.

Anyone spotted the wall this is painted on?