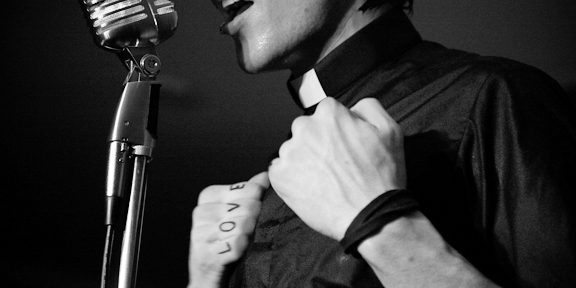 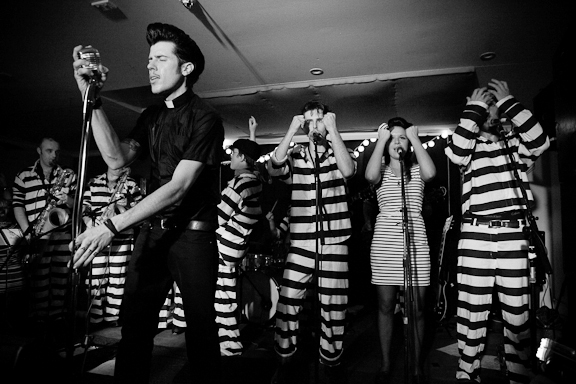 There was a whole lotta leadup to this gig. Shooting the promo pics was great fun and seeing them plastered all over Melbourne in the oddest of places was bloody great too. And while Frankie was about to see if he could pull off something he’s never done before, I was looking forward to seeing if I could pull off something I haven’t done in years.

Shooting bands was how I first got into photography. Living in Edinburgh, I used to catch the train across to Glasgow for nights of gritty grrl rock. I’d shoot a role of film, crash on someone’s couch then catch the train back to Edinburgh excited to see what I’d captured. Usually a whole lotta blurry colour, but I thought it was awesome. You might miss the gig the way everyone else sees it, but you get to see it in a whole other way. I love it.

And can I just say, you Fugitives smashed it. What other band could sell out a 300 capacity venue on their debut gig, when barely anyone has heard of them, let alone a note of music? I guess Melbourne was aching for  a 12 piece rhythm & blues band full of some of Melbournes finest musos and fronted by the one and only Frankie Alibi. Where did he come from? He’d have to be the love child of James Brown & Elvis, if they had’ve hooked up and were able to procreate.

So anyway, great gig. Here’s how I saw it if anyone missed it or wants to relive it. Complete with fingerprinting at the door, booty shakin’ to the sounds of support band the ReChords and a bit of cop action at the end to finish things off. 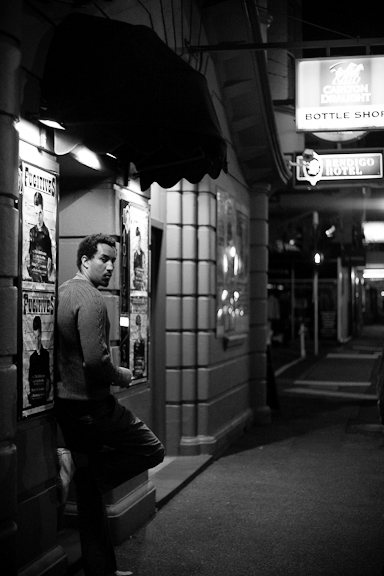 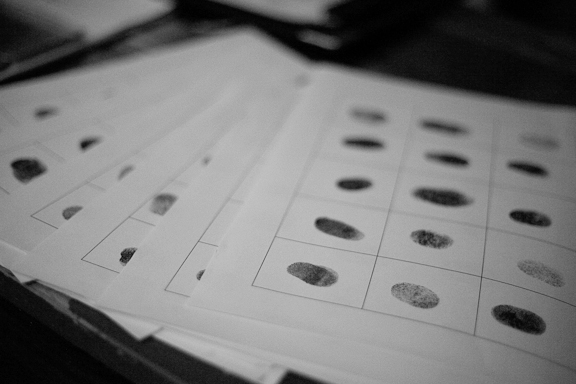 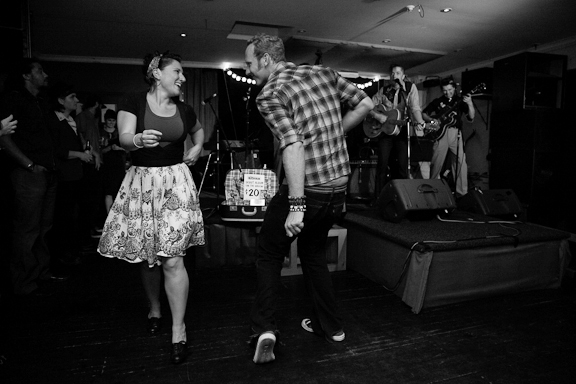 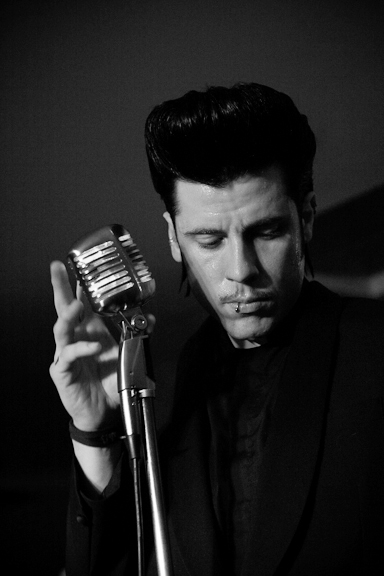 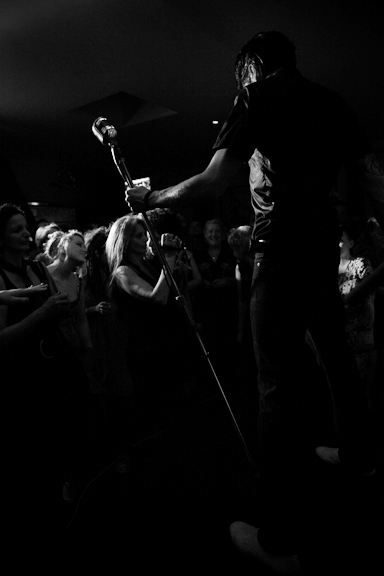 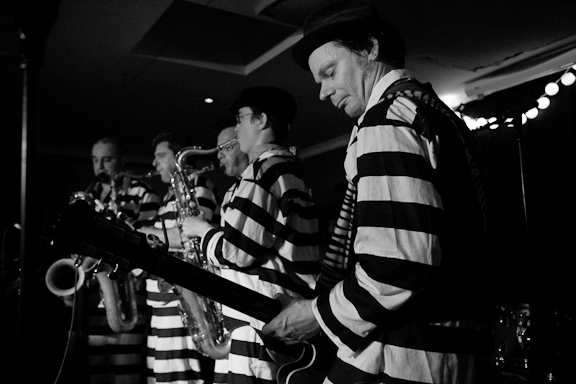 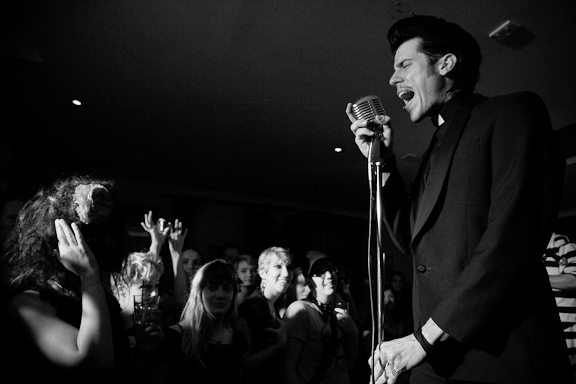 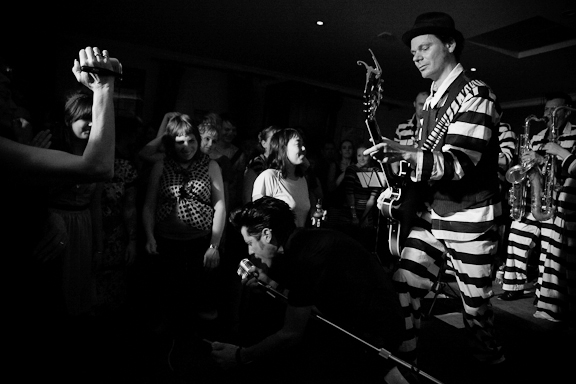 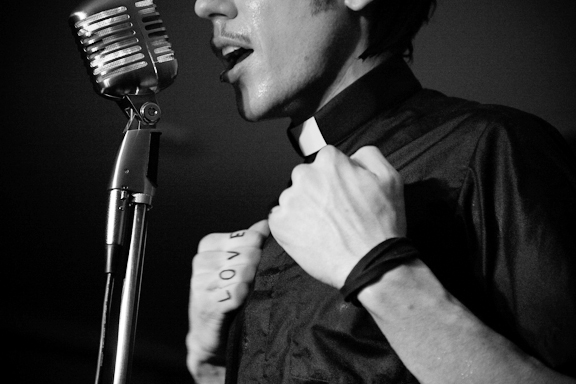 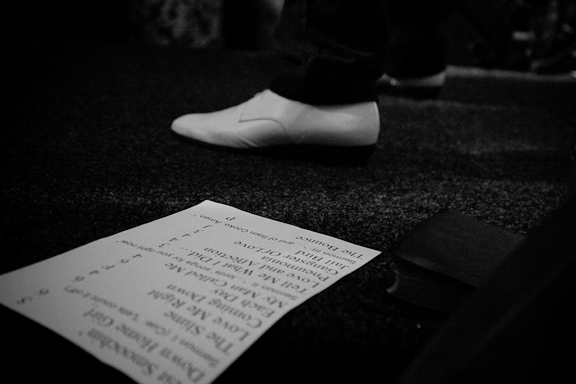 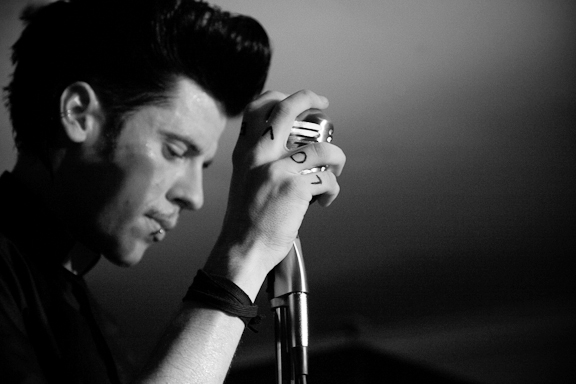 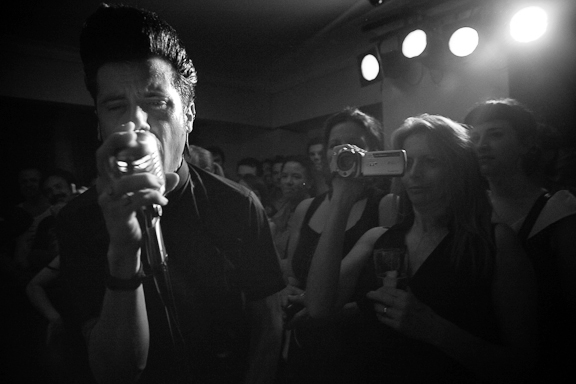 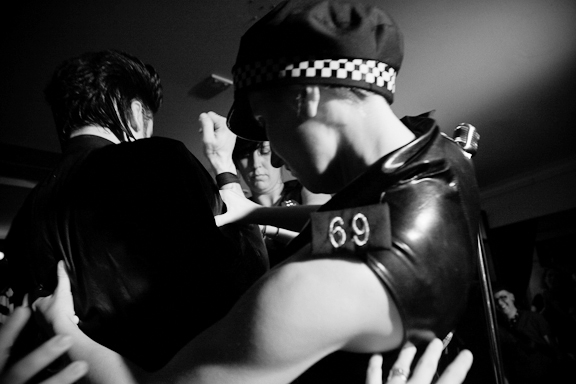 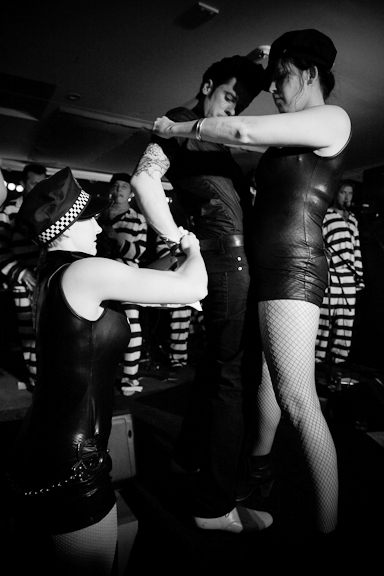