The last month or two I’ve been out photographing a number of Australian authors for the Victorian Premier’s Reading Challenge which has kids all over the state in a frenzy of reading and wanting to be an author when they grow up.

Yesterday I was at Heathmont East Primary School where Author Andy Griffiths took on something of a rock star status as kids swarmed him for his autograph, a handshake or just the chance to be close to him after his 20 minute talk. Justin Bieber eat your heart out. I was actually waiting for someone to pass out. Thus was the vibe. Who can resist a good bum/fart/snot joke let alone a whole book of it hey?! Anyone who’s made a career out of writing books with titles like “Zombie Bums from Uranus” and “Bumageddon – the final pongflict” has the kid in me pissing herself is worthy of a cheeky mention I reckon.

So here’s a little snippet of what I captured. Having checked out his website before the shoot I knew I’d be able to get him to be a bit animated and luckily the kids were totally into it too – thanks guys! 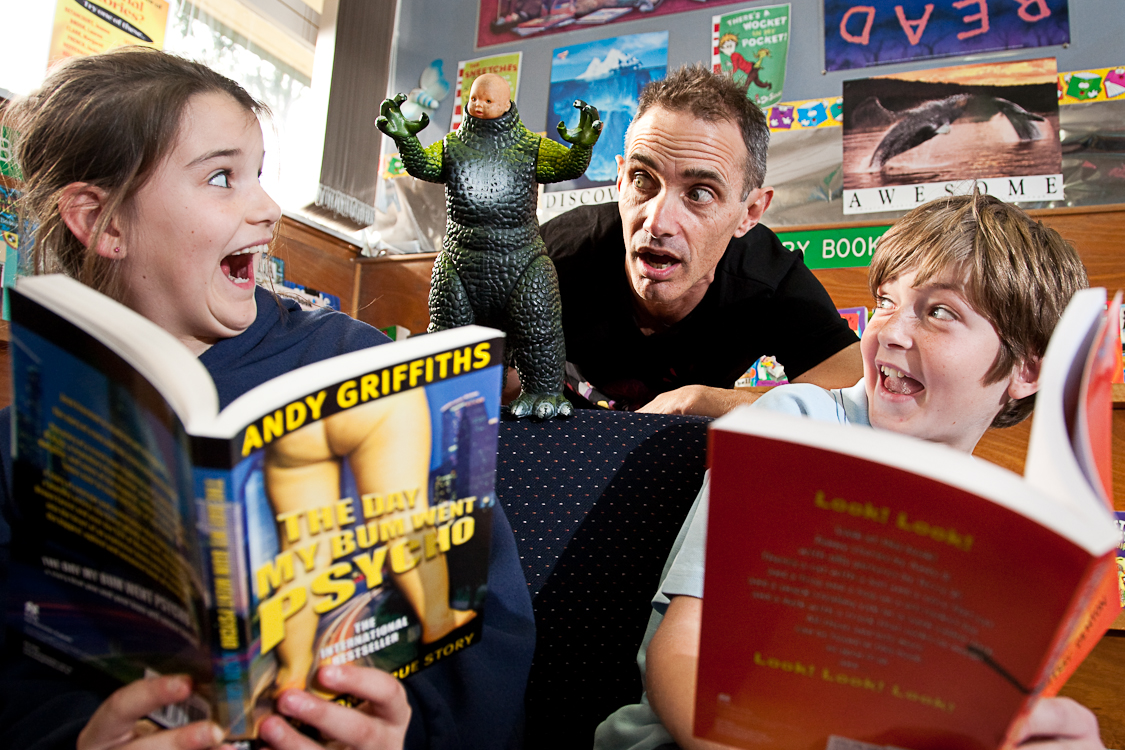